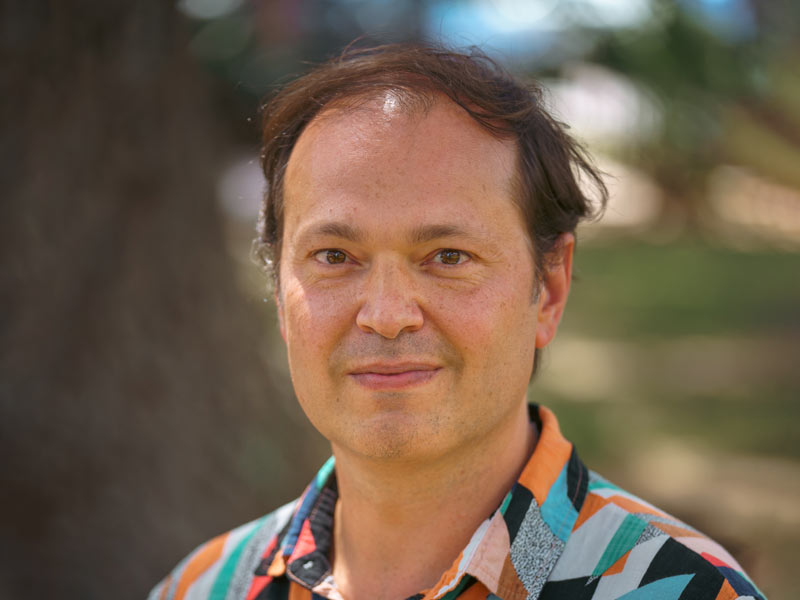 Rick Snow creates multi-modal artworks of sound and light. Custom interactive computer sound and projection mapping instruments and installations comprise his most recent work. In this work he creates situations in which audiences discover a complex “alien” generative system with its own memory and habits. These situations create an interaction between participant and work engaging the active memory and movement of both the participant and the system. His work has been performed/exhibited in many venues in the United States as well as selectively in Australia, Canada, Czech Republic, Germany, Ireland, Switzerland, and Wales.

A few of his most recent projects include Paths and Sympathetic Resonance -a generative sound installation consisting of 4 metal plates, resonant frequencies, and field recordings chosen for the New Orleans Contemporary Arts Center's 2015 REVERB Exhibition, Portal 1: A Rippling Space -an interactive sound and video installation presented at the 2015 New Interfaces for Musical Expression Conference, Wash: Awake -a generative installation for computer sound and projection mapping on a 40'x20' hanging sculpture by artist Jamey Grimes, Arcanum: Memories Cryptic -a series of works for piano solo commissioned by Katalin Lukács, and Singing Sweetly from a Spider's Web - an interactive sound installation in which participants' voices are transformed and re-presented as harmonic content in a network of sound synthesis.

He holds the position of Professor of Practice at Tulane University where he oversees the Music Science and Technology area. He holds a Ph.D. from the University of California, San Diego.