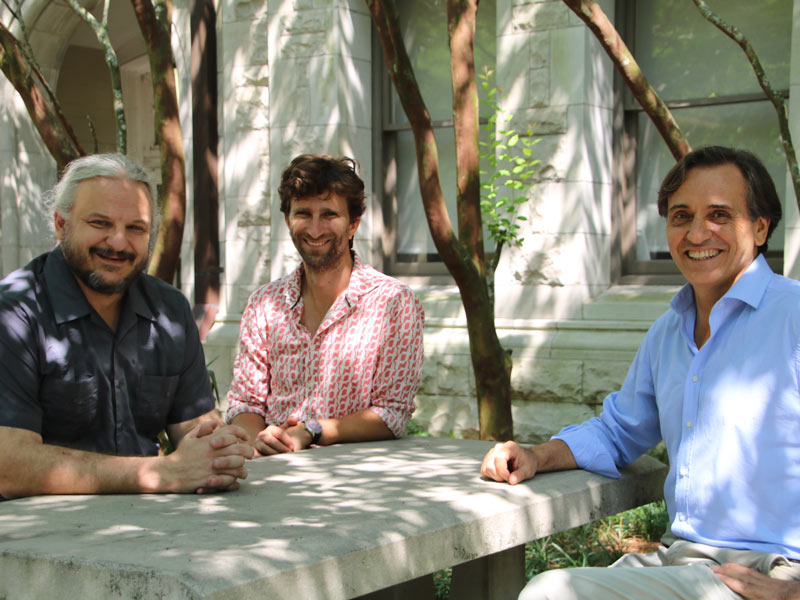 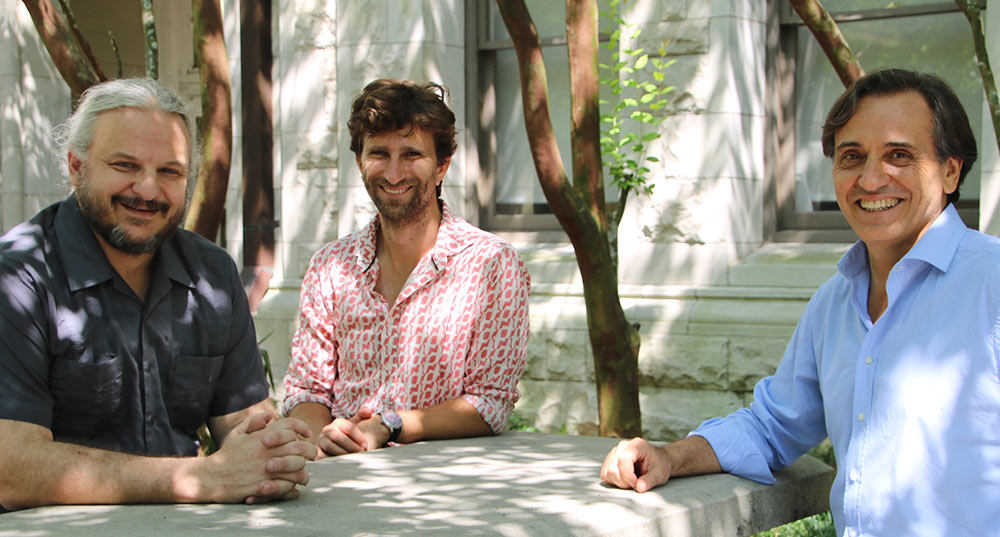 Sharing New Technology to Uncover the Past

MARCELLO CANUTO (MC): To set us up, the Middle American Research Institute, or M.A.R.I., was founded at Tulane University in 1924 to contribute to the study of the region's indigenous cultures and civilizations. Mapmaking was one of its first offerings, laying its reputational foundation in the study of Mesoamerica. One of the institute’s earliest directors was a swashbuckling Indiana Jones-type character named Frans Blom, who conducted expeditions and recorded site locations to develop the first archaeological map of the Mayan region. Since stepping into the same role in 2009, one of my priorities has been the continuation and expansion of our mapmaking and spatial analysis legacy—through research funding, facility development, and program establishment. One of the many ideas discussed to these ends was the development of a GISLAB.

FRANCISCO ESTRADA-BELLI (FEB): Geographic Information Systems technology requires a lab with high-end computers, data storage for satellite imagery, and other types of specialized data. We can use it to find and analyze archaeological sites, terrain, environmental resources—essentially, everything that has to do with ancient civilizations in Mexico and Central America.

MC: Mapmaking has evolved significantly over the past century, from compass trekking to GPS and satellite imagery, and now even more advanced technologies. However, these new technologies require expertise that can only be reached in facilities like ours, so the lab has become a place where a kind of bootstrapping of proficiency has occurred, as professors and students with different interests come in and learn from one another. I, myself, have learned most by working on data in the lab, conducting experiments while discussing with colleagues.

FEB: We started in 2014 with a small grant from a private donor. We were using simple satellite imagery technology—not exactly ideal for discovering archaeological sites, given those sites are all covered by forest canopy. In 2016, however, we received lidar data from a foundation in Guatemala, and things started to really pick up.

Then in 2020, right at the beginning of the pandemic, we expanded the lab tremendously after receiving another large grant of almost $900,000, which we used to fund not only infrastructure, but also several positions (including my own!) and five graduate student research assistants.

MC: That grant from the Hitz Foundation enabled us to establish the current modern lab, providing us the computing capacity to analyze and process important new spatial data—namely, lidar. Lidar technology provides a new way of gathering the same data, in a highly precise manner, over a vastly larger area. A lidar sensor is mounted on an airplane that flies over an area of interest and sends laser pulses groundward that, upon bouncing back, provide information about the ground’s distance from the sensor. Importantly, this sensor effectively showers the region with billions of light pulses, so, even if most of these points are bounced back by ground vegetation, millions of points find their way to the ground—providing an accurate map of what was previously built on the land. By looking at this data we can recognize man-made elements such as buildings, and therefore learn about where the ancient Mayans lived. The GISLAB has not only attracted physical visitors, but more recently we’ve also been able to “virtualize” it to enable even more flexible collaboration. Though we’re working with several lidar data sets throughout the world—our main focus right now is on data gathered in northern Guatemala by the Guatemalan Pacunam Foundation. The lab has become a fixture at the institute, a place where everyone comes to share and advance together. It represents a point of reference, literally, for our global collaboration.

LUKE AULD-THOMAS (LAT): When I arrived as a graduate student, the idea for this collaborative GISLAB was in the preliminary stage. There was an energy and a buzz in the air about what we’d be starting, but it hadn’t yet happened. I was able to watch it take shape and then—once I knew enough about what I was doing—plug in and contribute, which was so cool. Once the infrastructure was in place, it had the active participation from the onset of people in different career stages and different realms of interest and expertise. That diversity of perspectives allowed us all to be surprised by the range of insights collectively gathered.

MC: Just to give you an idea of how this technology has changed our field; in the last century since the institute began making maps, until basically 2016 when we got the first lidar data set, Mayan archaeology had combined, in ground surveys and maps, to roughly 700 square kilometers. This means walking through the jungle, finding each archaeological site, and putting it on a map. Since 2016, we, as part of a consortium, have conducted a lidar survey of over 7,000 square kilometers - 10 times more than what had been surveyed using traditional methods! Eventually, this project will extend to cover more land across Mexico and Guatemala. These research efforts involve numerous people across countless countries, and we at Tulane are leading our field in this type of research, which is very exciting.

LAT: What often happens—and this is true across disciplines and indeed across all social phenomena—is that when you get more people sharing space, a denser network of connections is formed, and new things are generated faster. Its why big cities produce such innovation—a lot of people are on top of one another in conversation. M.A.R.I. and the GISLAB play that same central role in a targeted manner for our area of research. As we’ve become that dense network, people in other places also want to connect with it. Researchers from Europe, Latin America, and the U.S. are now approaching the network we’ve established, which benefits us all. It helps us not only generate, but also spread, new ideas and insights.

To illustrate this better, I actually just got an email from a European colleague saying, “I'm about to go into the field and want to discuss our lidar data before I go. Can you take a quick look with me on Zoom?” I'm a graduate student! But here I am, part of this expert team, getting to field questions over oceans.

MC: One of the other major tasks of M.A.R.I. is education, for both our Tulane students and the public. This academic effort involves teaching not just about indigenous cultures of Mesoamerica, but also about collections management, exhibit curation, archive digitization, and so on. With respect to the GISLAB, we’ve been able to provide a pedagogical infrastructure for students interested in spatial analysis. We've also used our gathered data to teach students not just in anthropology, but in other disciplines as well.

FEB: The work we've been doing with lidar has really captured the attention of the general public. National Geographic produced the first documentary about this research in 2018, which Marcello and I were in as consortium members. I think it was one of their highest-viewed documentaries, and so they decided to produce four more the following year. There was also recently a NOVA special on PBS that I've been working on, and one with the Canadian Broadcasting Corporation. All this is just to illustrate how this technology, and the scientific fervor it has stimulated, has really fascinated so many people—especially young people and kids who may then want to get into the sciences. We think that's one of the greatest benefits of this technology, and how it elevated awareness of archaeology and science in general.

MC: Yes; demonstrating the importance of an ancient residential structure to non-scientists is difficult—but showing 60,000 homes in an area where you didn't think there were many people can be widely appreciated as interesting. Often collaborations begin with two or three people interested in similar things; if a watershed event occurs, that collaboration can expand, developing into something more than initially imagined. As director, I've been able to expand on the institute’s legacy, which is about as good as it gets as far as being an administrator, a researcher, and a professor interested in these topics. I couldn’t be happier with how it has developed over time.

Visit M.A.R.I.’s website for news from the institute and its GISLAB, access to online exhibits, and event information for the annual Tulane Maya Symposium, currently set for early 2023.