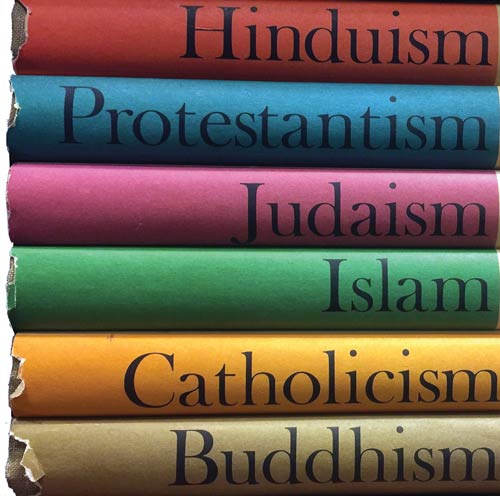 I spend a lot of time thinking about the future of higher education and the future of religion. Many people—and for a long time, I was one of them—see these as separate entities. In non-sectarian universities like Tulane, it is acceptable to teach students about different religious traditions (commonly via a comparative religion course), or to engage with religion in spaces like Hillel or the Catholic Center, but it seems less appropriate for professors to talk with students about how their religious perspectives influence their educational experiences more broadly. However, my research on American teenagers and their families tells me that it is often difficult to separate learning and religion, especially in the classroom. In fact, when we try to separate them, we are doing a disservice to students and to higher education institutions. We’re also ignoring how people learn.

Consider the story of Chris, the son of a working-class family of farmers in rural Pennsylvania. Chris was a stellar athlete in his public high school and earned great grades. He was conscientious and cooperative, and he avoided almost all alcohol and drugs despite significant peer pressure. Although it is common for teenage boys in working class communities to fall into a state of emotional, cognitive, and behavioral despair, Chris felt socially supported and optimistic about his future. In my forthcoming book, God, Grades, and Graduation: Religion’s Surprising Impact on Academic Success (Oxford University Press, 2022), I argue that Chris’ steadfast belief in God and his involvement in church played a key role in promoting his wellbeing and his unlikely ascent to college.

If religion has no place in college classrooms, what does that mean for someone like Chris? Is he supposed to avoid talking with professors about how religious beliefs shape his understanding of the world? Religion is not like a coat and hat that one puts on and takes off — it seeps into people’s lives, leaving an indelible mark on their attitudes and behaviors.

Expecting students to put aside their religious commitments during class discussions ignores a fundamental principal of how people learn: students are not clean slates. They already have prior frameworks about how the world works based on their earlier life experiences. When they learn new information in a class, they can decide to accept it, or, they might see it as irreconcilable with what they already know and reject it. Let’s say a student who identifies as atheist takes a psychology course and learns that people who believe in God are happier and healthier in adulthood. This might seem so far-fetched to a student who believes God doesn’t exist that he will simply reject the empirically based information. Or, the student might question their atheism.

It is certainly not the educators’ job to advise students on their religious perspectives, but acknowledging that students’ personal perspectives matter opens up space for learning. Spaces outside the classroom like Hillel or the Catholic Center are optimal spaces for students to engage, and potentially wrestle with, their religious perspectives. However, seeing these extracurricular spaces as the only settings for this type of student learning dismisses how and where learning happens. Deliberating on religious matters in classroom settings proved to be important for Chris—it gave him the time and space to identify his disagreement with his church on several social and political issues. If we dismiss religion in academic spaces, we rob students of the chance to wrestle with issues that matter to them.

“Religion is not like a coat and hat that one puts on and takes off — it seeps into people’s lives, leaving an indelible mark on their attitudes and behaviors.”

People like Chris aren’t the only ones who stand to lose if higher education discounts religion. When I began studying how Americans’ religious upbringing shapes their academic success, some of my colleagues dismissed the possibility that religion matters. Academics tend to be liberal and secular and my conversations with academics taught me that many are unaware that about one-quarter of Americans organize their lives around religion. Higher education is supposed to prepare young people for the world they will soon enter and contribute to. We are leaving students ill prepared if we let them graduate oblivious to the significant role that religion plays in American society. Many students in the United States leave college not knowing they live in the most devout country among rich Western democracies—a country where six in 10 adults report praying at least daily, while three in 10 believe the Bible is the literal word of God.

Not only do millions of Americans organize their lives around religion, but, as David E. Campbell and Robert D. Putnam describe in their book American Grace, Americans are also profoundly polarized along religious lines—the deeply religious on one side and the avowedly secular on the other. Intensely religious people are not the only ones to blame for this divide. Nonreligious individuals have also contributed to this polarization by dismissing and even disparaging those who are religious. And college campuses, especially elite ones, may be perpetuating this problem by saying that religion has no place in higher education.

Consider this rift between Republicans and Democrats about the value of higher education from studies by the Pew Research Center. Only 21% of Republicans feel warmly toward college professors. By comparison, more than twice as many Democrats—50%—feel warmly toward college professors.1 Here is another grim indicator of how unpopular higher education is among right-leaning Americans, also from Pew: just over one-third of Republicans and Republican-leaning independents (36%) said that colleges and universities have a positive effect on the country, compared to twice as many (72%) Democrats and Democratic leaners.2 This political gap is partly explained by a religious gap since Republicans are far more religious (based on common measures of religiosity) than Democrats. For example, Democrats are about three times more likely (14%) than are Republicans (5%) to say they don’t believe in God.3 Among those who do believe in God, more than two-thirds of Republicans (71%) believe that God has the power to direct or change everything that goes on in the world, compared to just over half of Democrats (54%)4. Republicans’ dissatisfaction with higher education partly reflects their view that college professors dismiss religion and only expose young people to secular ideas.

As a new faculty member in the Jewish Studies department at Tulane, my goal is to prompt students to consider the intersection of religion and contemporary American life. For example, in my “Contemporary American Jews” course, my students tackle questions such as: Are Jews White? Is it still safe to be Jewish in America? Did American Jews ruin Hanukkah? Why do Russian Jews hate Bernie and love Trump? Why do Orthodox Jews have more in common with Evangelicals than with Reform and Conservative Jews? Many Tulane students have prior experiences with religious rituals and movements—rather than dismissing this fact, I encourage them to draw on those experiences with the new historical and social scientific lenses they learn to use in college. For example, one of my students recently shared that he felt like an anomaly among his friends because he deeply believed in a higher power but didn’t actively participate in Jewish practices, such as keeping Kosher or observing Shabbat. I explained that his position was not unusual as there is a growing number of Americans who identify as “spiritual but not religious.” For his final research project, he decided to use social scientific methods to study how this phenomenon was playing out among students at Tulane. Encouraging students to examine their own notions of religion through a social scientific perspective acknowledges how students’ perspectives and experiences influence their learning, and it ensures that students graduate from Tulane recognizing the central role that religion plays in America today.