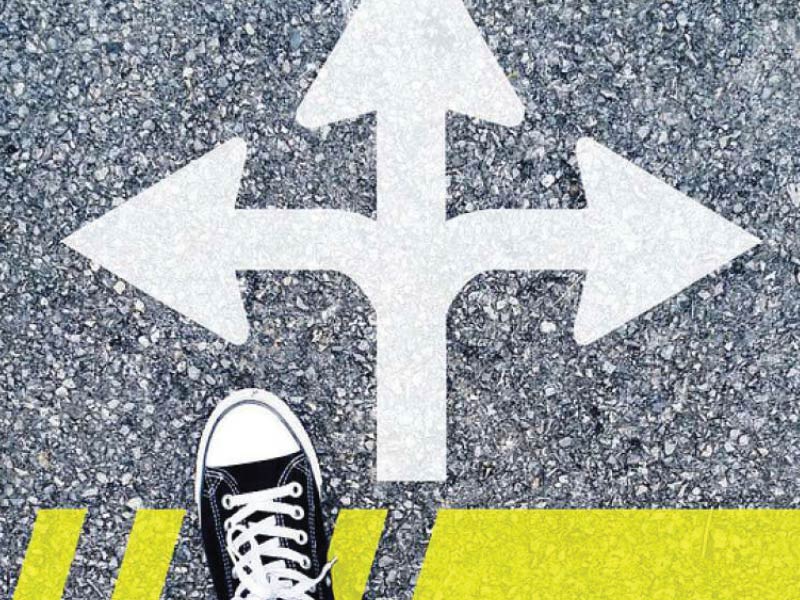 Liberal Arts for the Post-Pandemic Age

Even before the world went through the dramatic series of transformations produced by COVID-19, we already knew it was changing incredibly quickly.

It may seem odd to speak of discussions from two or three years ago as if they are the distant past, but that’s the thing about change—the future is here before you know it. In 2018, in what now seems a different world, a group called Institute for the Future released a study that generated a lot of controversy. The report claimed that because of the rate of technological change, an overwhelming 85% of the jobs that would exist by 2030 hadn’t yet been invented. The paper was fiercely debated: Forbes called it a myth, yet PBS reported on it as proven fact. For college educators, the question was urgent: what did such a rapidly changing job market mean for our curriculum?

Change is happening at a dizzying pace. Environmental crises are now the rule rather than the exception. Here in New Orleans, we know that as well as anywhere. And then, a global pandemic sweeps in to force us to reorganize our entire society. Two years later, fewer people remember the “normal” we are supposed to return to. Some call the changes brought by the recent decades of digital innovation a fourth industrial revolution, recognizing that new technologies have a pattern of producing seismic social and political change.

In the face of so much transformation, I propose that a liberal arts education has never been more valuable. And if this seems surprising, then let me double down: I will insist on both senses of the word “value.” First, a well-rounded education forms good citizens and critical media consumers, and enriches our sense of living—this is value in a more abstract sense. Second, I maintain that a liberal arts education has tangible economic value, in that it prepares students for careers they can’t predict and, indeed, that might not yet exist while they’re in college.

A strong liberal arts education emphasizes critical thinking, creative problem solving, the embrace of complexity, and high-level communication skills. If the pandemic has taught us anything, it’s that navigating not only a career, but life itself, requires a whole range of talents, skills, and creativity.

To propose liberal arts as the best path to career success seems to go against much of the common wisdom. In the face of the rapid rise in college costs and the ways in which science and technology seem to rule the future, from artificial intelligence and genetic coding to climate change and robotics, many have absorbed the idea that STEM (science, technology, engineering, and math) fields are the most reliable ticket to jobs. Politicians from both political parties have publicly knocked liberal arts degrees, calling out English (Sen. Mitt Romney), anthropology (former Florida Gov. Rick Scott), and gender studies (former North Carolina Gov. Patrick McCrory) as poor investments for future job prospects. Even President Barack Obama mocked art history degrees as poor job training. Is a liberal arts education something only for those who don’t need a job? A form of social capital to be gained from elite schools?

There have been defenses of a liberal education for centuries. The idea that education in history, literature, the arts, and social and basic sciences liberates students from their own local beliefs and prejudices—the “liberal” in liberal education refers to freeing, as in liberation—has underlain the argument that well-rounded graduates make good citizens. George Washington believed that the success of American democracy required an educated citizenry and called for a national university—going so far as to leave a bequest for its establishment in his will and specifying that students should study literature, arts, and sciences. Benjamin Franklin and Thomas Jefferson agreed enough to found universities themselves.

But who can afford to be a good citizen if they can’t find a good job? Here is where a rapidly changing job market matters deeply. Whether or not 85% of the jobs we’ll have in the 2030s will be new, what’s uncontrovertibly true is that all jobs require the ability to be flexible. In a dynamic era, all careers must adjust to the ways in which new technologies, artificial intelligence, climate change, or myriad other factors might affect the work they do.

STEM vs Liberal Arts Throw Down

So what about degrees in STEM versus liberal arts degrees, the classic comparison? Efforts to chart the economic value of those degrees—beyond superficial social media listicles—reveal some surprises. A 2019 study published by the New York Times compared the salaries of computer science and engineering graduates who were two to four years out of college (in their mid-20s) against history and social science majors and found that the former group had a 37% higher salary on average. Just what you’d expect, right? But then the study looked at 40-year-olds with the same majors and found that the history and social science majors’ wages surpassed the computer scientists and engineers. Why?

There are a lot of factors at play, but if you’re preparing for a world you can’t predict, narrow training is risky business. (The best computer science departments teach the discipline as a liberal art—a particular mode of algorithmic thinking that’s useful not only to future software engineers—signaling that engineers would do well to take a second major in a liberal arts field.) An education that builds solid fundamentals in how to learn, how to communicate, and how to engage with complexity makes sense for a future that might take any number of tracks.

That’s precisely what a well-planned liberal arts education provides. Embracing the very unpredictability of the future is a remarkable way to approach one’s study of the past, whether through history or literature, as well as to engage with the ways social scientists analyze and make sense of the present. Indeed, bringing together these approaches and putting them in dialogue is the surest way to confront the problems of the future—political, environmental, social—which underlies the theme of this issue of the Tulane School of Liberal Arts Magazine. As Tulane historian Andy Horowitz argued in the New York Times in the wake of Hurricane Ida, “structural problems need structural solutions.” Horowitz’s essay reflects the kind of thinking a liberal education champions—understanding the present as a reflection of complex underlying structures—and making connections between past and present, the general and the specific.

There’s no single path or major within the liberal arts that yields this kind of complex thinking. My point is that any of the liberal arts disciplines embraced deeply for its own sake may do just that. But students should keep these goals in mind: make sure you learn to write well and communicate orally with acumen, embrace complexity whether in historical situations, advanced grammatical constructions or social science problems, think creatively, and develop research capabilities. And then learn to speak about those talents and skills with future employers and you’re in a great position for a future we simply do not and cannot yet know.

In a world that seems to be at the breaking point politically, socially, and in terms of the natural environment, what we need desperately is the next generation of young leaders. We need graduates who have grappled freely with the problems of the present and past, both inside the United States and in communities and contexts far from our own lived experience, and who have thought hard about positive social change.

It’s more than the future of our republic at stake. As the fourth industrial revolution continues to change everything, as we struggle to contain global pandemics, and as we adapt to a changing climate, the ways in which we learn to live with the world we have created for ourselves will allow us to harness the very changes—both positive and negative—we have unleashed. It’s those with a rigorous liberal arts education who will be best positioned to lead us into and through that uncertain future.