On November 9, 2017, New York based choreographer Sidra Bell came to teach a modern class in the Newcomb Dance Department. Bell and her dancers were in town for a performance at the Contemporary Arts Center and a few company members came along with her to take the class. Bell is an adjunct professor at Barnard College at Colombia University as well as a freelance choreographer. She has been commissioned across the world as well as across the United States. 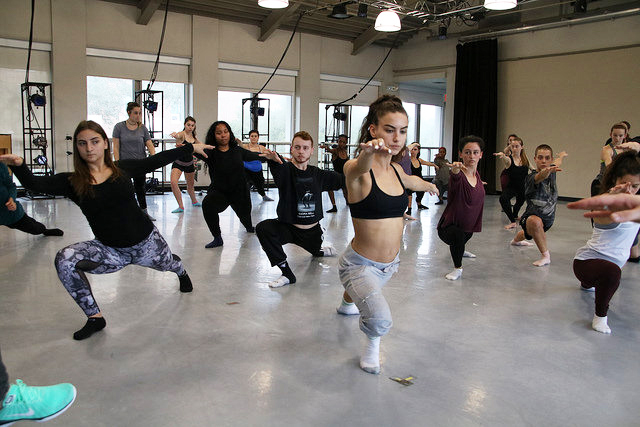 Acclaimed New York choreographer Sidra Bell visited the Newcomb Dance Department on November 9th. Bell and her dance company are in New Orleans to perform “Mönster Outside” at the Contemporary Arts Center.
Photo by Paula Burch-Celentano

Structurally, Bell’s class was not too different from other modern dance classes offered in the department. The class started, like many modern dance classes, by walking around in the space, followed by a floor warm up, a few standing exercises and concluding with a piece of repertoire. It was, however, different in technical concepts. Bell focused on patterning, but instead of doing body-halfs and X-rolls, the dancers were instructed to dissect their movement, create space and separation in their joints, and use the tiniest bones in their bodies. This alternate way of describing movement led to completely different movement outcomes.

Bell iterates that her process originates with anatomic inspiration. She creates movement that will assist in the longevity of a dancer’s body because “we live in the same body forever,” and if we are not nice to it when we are young, it will not be nice to us when we are older. Her process also includes her company members; an average day for them begins with a “Sidra style” class that morphs into a research incubator for generating ideas and movement. The repertoire does not come from Sidra alone, it is an organic process including everyone in the room’s bodies and ideas.

Sidra Bell Dance New York will be performing “Mönster Outside” at the Contemporary Arts Center New Orleans November 17 and 18 at 7:30 PM. 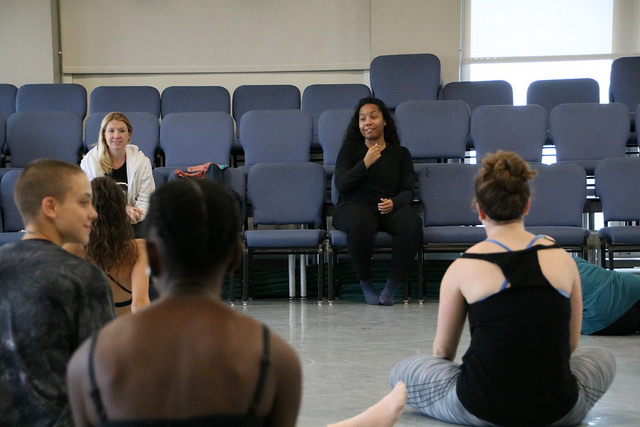 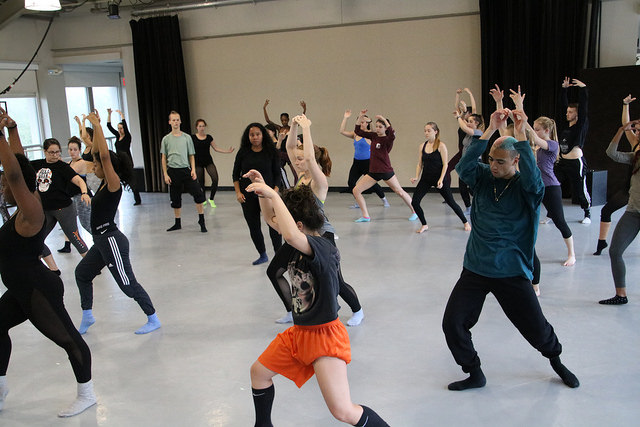