Louisiana Rebellion of 1811 focus of talk

Denise Frazier,
Assistant Director of the New Orleans Center for the Gulf South 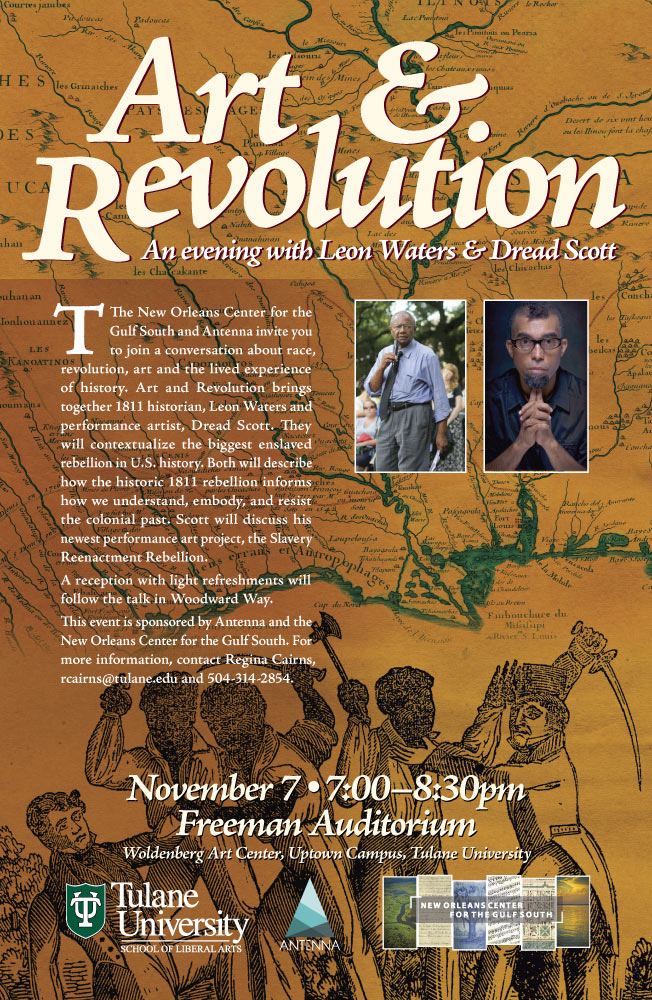 The 1811 Louisiana Rebellion involved hundreds of enslaved Africans who gathered in plantations along the Mississippi River in a march toward New Orleans with the hope of capturing the city and potentially changing the course of history. On November 7th, the New Orleans Center for the Gulf South and Antenna Gallery hosted historian Leon Waters and performance artist Dread Scott for a discussion of the rebellion and its historic and present significance to the region and larger national community.

“Art and Revolution: An evening with Dread Scott and Leon Waters” brought the two together for dialogue about the rebellion and how it has shaped their life’s work in propelling history forward.

“I’m passionate about revolution. This is a world where a tiny handful of people control the wealth and knowledge humanity as a whole has created,” said Scott. “We don’t have to live this way, and I make art as part of forging a radically different world.”

“The re-enactment will animate a hidden history of people with an audacious plan to take up arms to fight for their emancipation,” said Scott.

Like Scott’s art, Waters’ work unearths the hidden markers that have covered significant historic events and people. The 1811 Rebellion aligned more than 500 African-descended people, from 50 distinct nations and languages, to fight U.S. troops for freedom. This is part of the nation’s “hidden history.” 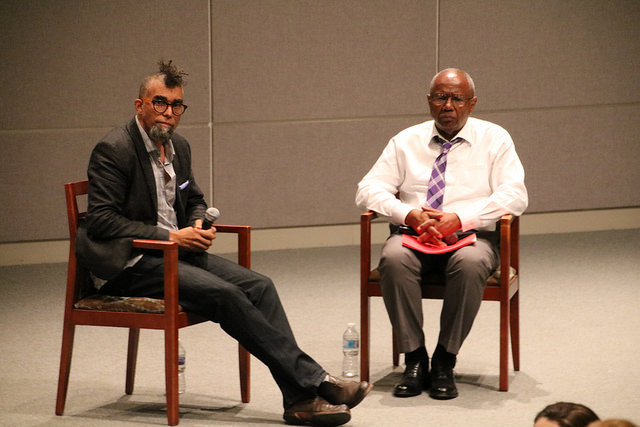 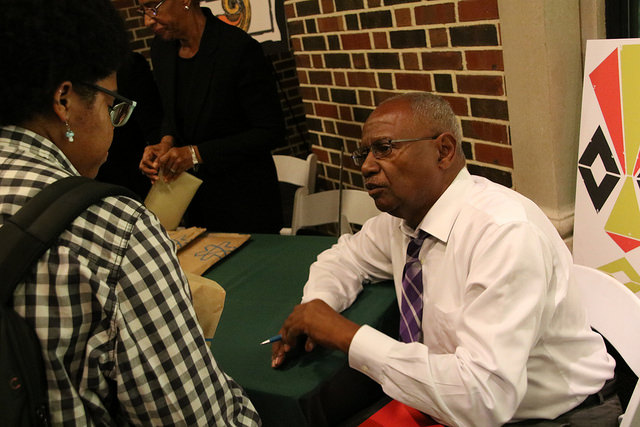 Leon Waters spoke with attendees as he signed copies of his book entitled On to New Orleans! Louisiana's Heroic 1811 Slave Revolt.