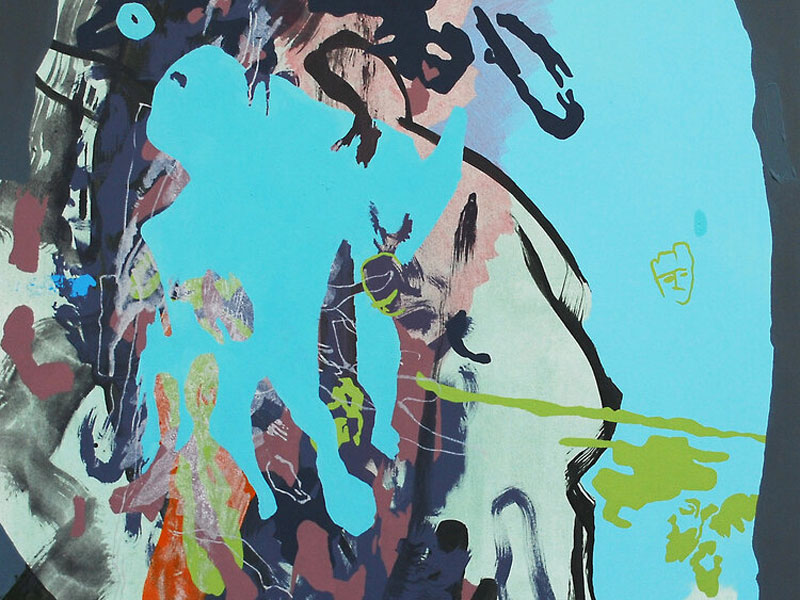 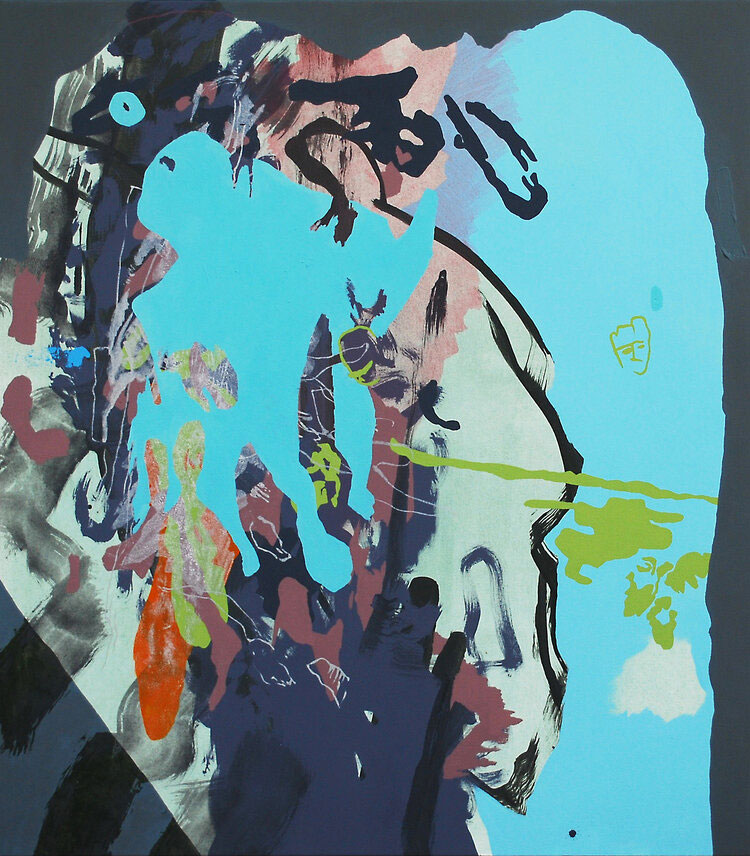 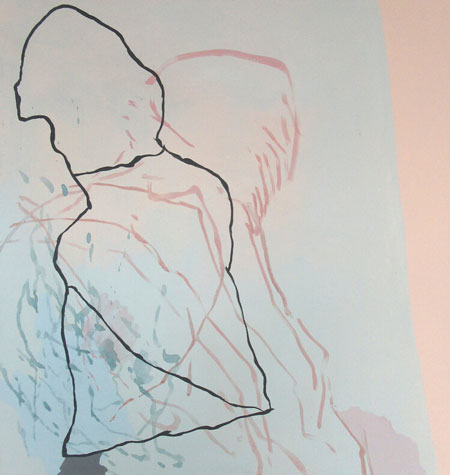 BASIC formal elements such as line and shape are often valued in visual art as preliminary or preparatory agents, mere steppingstones toward the finished work. In my paintings, I aim to picture that which is in the process of becoming, arriving, or departing. In doing so, the formal elements of line and shape frequently constitute the end rather than the means.

Line is itself a commitment: a declared edge or positive form puncturing negative space. Roman author and philosopher Pliny the Elder fancifully traces the origin of painting to a single line. In his book Natural History, Pliny the Elder offers the legend of a young woman in Corinth outlining the undulating edge of her lover’s cast shadow onto the wall with a scrap of charcoal before he sets sail on a perilous journey, presumably never to return. For the young woman, this spare contour served as an insistence, a pledge to hold. The commitment of the line (as is true in all commitment) inhabits the space of presence and absence, an embodied declaration against the void.