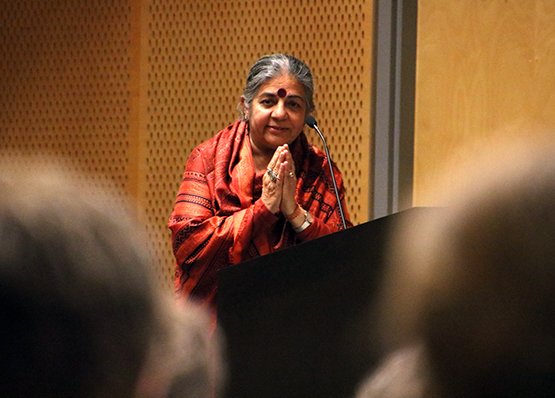 Soil Not Oil: A Public Lecture by Dr. Vandana Shiva

Renowned ecofeminst scholar and indigenous rights activist, Dr. Vandana Shiva, visited Tulane on March 23. In her first visit to New Orleans, Shiva was thrilled to be a part of the Tulane Environmental Studies Focus on the Environment Speaker Series, The Petrochemical City: The Costs and Consequences of Petrochemical Industrial Production.

Literature is a powerful antidote to systemic racism. This was the theme of a panel, "Bridge to Understanding: A Discussion on Systemic Racism in America."

In the annual event sponsored by the Poetry Society of America and the Tulane English Department, Poet Dan Beachy-Quick gave a reading of his own poetry on March 13.

The influence of a supportive, encouraging French professor transformed Jeff Klein's (A&S '93) life, inspiring him in turn to transform the lives of his fellow Tulanians by establishing an endowed fund in her honor.

They say Hollywood is the land of dreams. And, thanks to the generosity of Tulane alumnus and parent Larry Sibley (A&S '80), that dream will come a little closer to reality for two lucky undergraduates.

Message from the Dean SLA The Power of Ideas

Universities fulfill many functions in today's world. Without question, however, one of the most important roles they play is in the creation and dissemination of new ideas. Faculty pursue scholarship that questions assumptions and explores new paths. Students, whether through courses, outside-of-class lectures, or their own research, learn the power of such knowledge as they shape their own futures and, in turn, the communities in which they live.

The Representation of Enslaved Mixed-Race Women in British Art

As the groundbreaking work of Joy S. Kasson demonstrates, beauties in bondage significantly preoccupied the Victorian popular imagination, and Hiram Powers's Greek Slave (initial version 1843 with several subsequent versions and variations) was the mother of them all, spawning a number of pale—and, significantly, some not so pale—imitators that aimed to capitalize on the success of Powers's precedent. 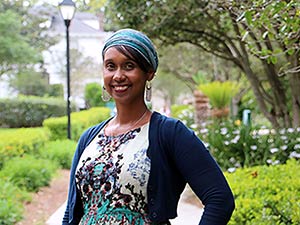 During the recent spring break, Elizabeth Boone (Art), John Verano, Tatsuya Murakami, and I (Anthropology) visited Japan as part of an academic exchange with Yamagata University. Our visit was supported by a grant from the Japanese Society for the Promotion of Science awarded to Professor Masato Sakai of Yamagata University. Thanks to the efforts of Sakai, Yamagata University has become a leading center for the study of Peruvian archaeology.

As the Louisiana Legislature prepares to debate ways to lure filmmakers back following a tightening up of the tax credit program in 2015, a Tulane University professor has published a book that shows why the state may not be getting its money's worth from "Hollywood South."