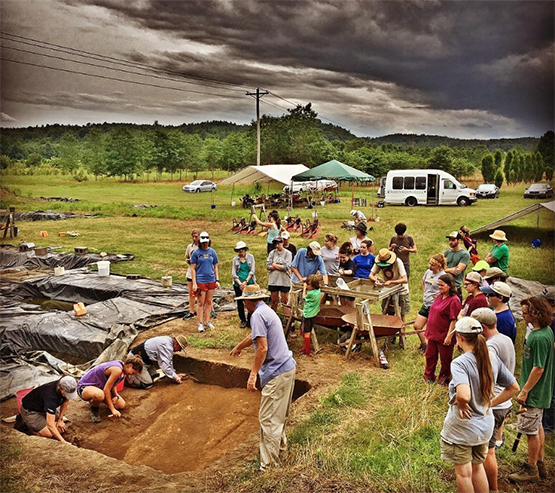 The archaeological and ancient civilization research performed by the School of Liberal Arts faculty, graduate students, and alumni on an ongoing basis spans the globe and often leads to significant discoveries. In this edition, we highlight some of the research performed this past summer.

After marching with his men from the Spanish colony of Santa Elena, in coastal South Carolina, to the southern Appalachians, Captain Juan Pardo formed an alliance with the Native American community of Joara, in western North Carolina, in 1566. He founded a colonial town at the edge of Joara, and he named it Cuenca, after his hometown near Seville, Spain. 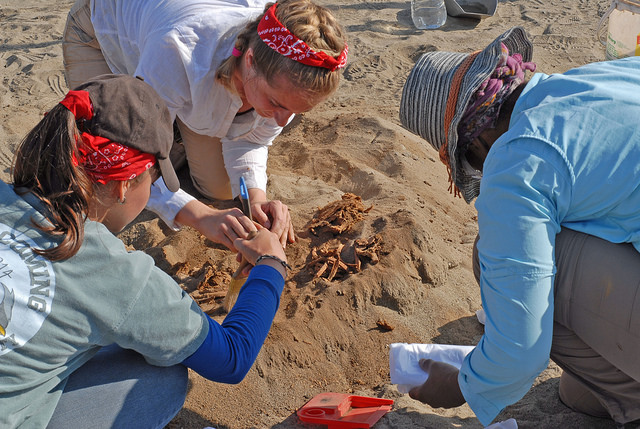 This summer I conducted field excavations and laboratory research in Peru, along with three of my PhD students. We excavated at two sites where we found sacrifices of children and llamas. We worked in an archaeology lab at the University of Trujillo analyzing the human skeletons. 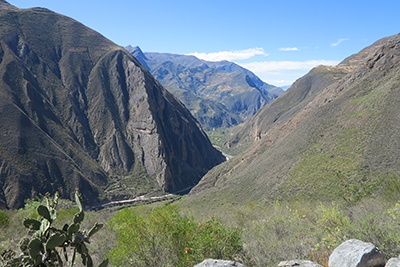 My current research focuses on the development of urbanism in highland Peru during the late second and early first millennia BC. Situated in highland Ancash, the site of Chavín de Huántar was a pilgrimage and trading center, as well as one of the earliest urban settlements in ancient Peru. 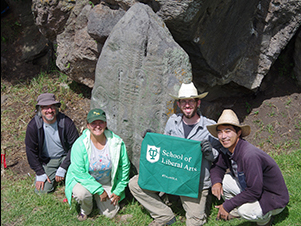 This summer we conducted the fifth field season of the Proyecto Arqueológico Tlalancaleca-Puebla in Mexico. Tlalancaleca was one of the largest urban centers (ca. 500 ha) during the Middle to Terminal Formative period (ca. 800 BC-AD 200) in Central Mexico. 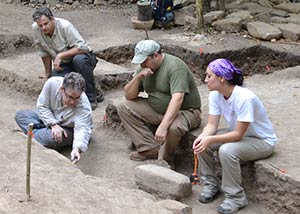 Since 2008, I have co-directed the La Corona Regional Archaeological Project, a research effort that is investigating the Classic Maya site of La Corona located in the scientifically unexplored northwestern part of the Petén jungle of Guatemala.

Message from the Dean Place-based Learning

In the School of Liberal Arts, we are dedicated to what is called “place-based learning.” By exploring a culture through engagement with its physical, geographic and social space, we are able to understand it more deeply and meaningfully.

This past June, my colleague Elizabeth Chamberlain (Tulane Earth and Environmental Sciences) and I brought to a close our second season of field work in coastal Louisiana, and our first set of excavations at a large, Native American monumental town called Bayou Grand Caillou (BGC). The project is called Resilience in the Ancient Gulf South.

I am a paleoanthropologist with broad interests in human evolution. This summer I worked at prehistoric sites in both France and Portugal. In France, I worked with my longtime friend and colleague, Dr. Bruno Maureille of the University of Bordeaux, at two sites near the town of Montignac in the Dordogne region of SW France.

The ancient city of Ashkelon is situated on the southern coast of Israel, about 8 miles north of the Gaza strip. Inhabited since the Chalcolithic (fifth millennium B.C.E.), Ashkelon rose to prominence as a city of the Bronze-Age Canaanites (2500-1200 B.C.E.) and was continually inhabited until its final destruction at the hands of Saladin during the Crusades.

Visit our SLA tent for free goodies during pre-game tailgating on the quad.