Because of the proximity of the United States to Mexico, Central America, and the West Indies, because of their influence on the affairs of the United States; because New Orleans is the logical focal point from which to administer a program of Middle American archaeology and inter-American cultivation, the Tulane University of Louisiana created, in 1924, a Department of Middle American Research, independent from other departments and directly responsible to the President. It was later renamed the Middle American Research Institute in order to better indicate its scope and importance.

With these words, Frans Blom (M.A.R.I. Director, 1926-1940) explained in clear and precise language the unique position of advantage and responsibility Tulane University enjoys regarding the study, celebration, and defense of Middle America’s cultural and historical legacy. Since the founding of the Middle American Research Institute (M.A.R.I.), it has sponsored nearly a century of ethnographic, historical, linguistic, and archaeological research in Mexico, Guatemala, Honduras, Belize and El Salvador. Countless scholars have conducted research in these countries with often spectacular results—all of whom were trained by or associated with MARI. Tulane has left an indelible mark in the scholarship of Middle American culture, archaeology and history. 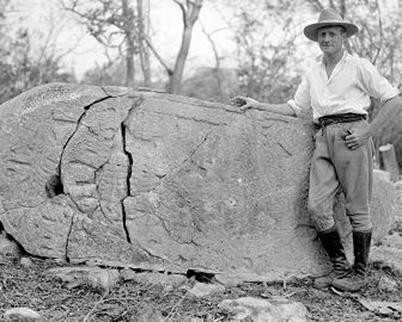 Tulane’s M.A.R.I. ranks with only Harvard’s Peabody Museum and the University of Pennsylvania Museum of Archaeology and Anthropology as the seminal Anglo-American institutions that have encouraged, produced, and advanced this type of scholarship in this part of the world. In fact, several emulators of MARI have also developed at other Universities (such as the Vanderbilt Institute for Mesoamerican Archaeology), where scholars have found the M.A.R.I. model worthy of emulation.

Thanks to the initial and generous endowment from Samuel Zemurray in 1924, M.A.R.I. became an important contributor to this scholarly enterprise. As Blom wrote, M.A.R.I. was established to “better acquaint people of the United States with the findings of American archaeology, better to display and care for its priceless exhibits, better to finance future expeditions into Middle America, and, finally better to reveal to the Middle Americans our appreciation of their cultural treasures and our interest in them and their problems.” As a result, Tulane’s M.A.R.I. has continually sponsored field research, managed and exhibited a world renowned museum collection, published books, and trained students. As a consequence, MARI remains one of the most respected research institutes focused on Middle American culture, archaeology, and history in the world. 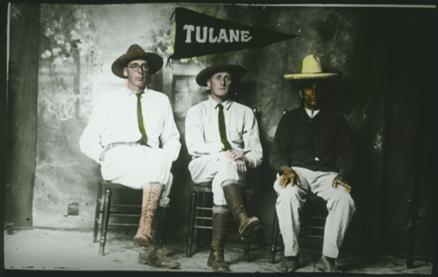 In the modern day, the current academic stage of Middle American studies is filled with many other institutions, sponsors, and interests. However, they come and go as the vicissitudes of funding, scholarly interest, and governmental patronage affect their institutional affiliation in the area. Tulane's M.A.R.I. is among the few that can be counted on for its perennial presence and interest in this region. There is no contemplating the history of archaeology in Middle America without considering M.A.R.I.’s contributions. And, there should be no future without it.

A collector of texts and books, and a self-trained student of ancient languages and of Mayan hieroglyphs, was appointed in 1924 to direct the new Department of Middle American Research, as it was known until 1938. Tulane purchased much of Gates' anthropological library on Mexico, which formed the nucleus of the new department and would eventually become the core of Tulane's Latin American Library. Although his tenure lasted only 18 months, Gates made several hires, including Frans Blom, Ralph Roys, and Oliver LaFarge. In 1925 his staff embarked on three archaeological and botanical expeditions to Mexico and Honduras.

A native of Denmark who became fascinated with Maya ruins while employed as a young oil company explorer in Mexico, became Gatesí assistant in 1924, leaving the anthropology graduate program at Harvard after his second semester. Earlier that year he served as field director of the first season at Uaxactun, where he discovered the astronomical function of Group E. Appointed director in 1926, Blom led several expeditions of exploration through the Maya region and adjacent areas of Mexico and Central America. The first of these, in 1925, with the anthropologist and writer Oliver La Farge, discovered La Venta, the largest of the Olmec centers, and a tomb at Comalcalco surrounded by nine stucco human figures. This expedition led to the first publication of the Institute, Tribes and Temples.

Blom assembled most of the current Institute anthropological collections, expanded the library, established the publication series, and edited the short-lived Maya Research. In 1930 he took a team to Uxmal to make molds of the Nunnery for the 1933 Chicago Century of Progress Exposition, also recording new structures and stelae in the surrounding area. Hermann Beyer and Doris Zemurray Stone joined the Institute during Blom's tenure.

He came to MARI from the University of North Carolina, where he was director of the Laboratory of Anthropology and Archaeology. Before that he had been a professor at the University of Georgia, where he directed the WPA archaeological survey of that state. He had published House Mounds of Uaxactun, Guatemala, the first important work in household archaeology in the Maya area, and Modern Maya Houses, still the most extensive study of this subject. At Tulane, Wauchope integrated MARI into the academic life of the university through his teaching and through the development, from 1947 to 1957, of a multidisciplinary Middle American research program with weekly seminars, working with other Latin American scholars at Tulane. The publications of the Institute during these years, reorganized into three new series, reflect this multidisciplinary approach to Middle America. The MARI library collection was moved to the Howard-Tilton library in 1941, as space was limited at the Institute. Wauchope continued to direct the growing library until 1962, when, for financial reasons, he requested that administrative control be transferred.

With the MARI library housed elsewhere, the Institute was remodeled to create an exhibit gallery down the center of the fourth floor of Dinwiddie Hall. The new gallery was completed in early 1943, just before Wauchope was assigned to the Office of Strategic Services in the Mediterranean theater for the duration of the war. He published a new acquisitions policy in 1943, adopted largely out of respect for foreign antiquities law, so the Institute would no longer purchase anthropological collections. In 1947 Wauchope continued his 1935-36 archaeological research at Zacualpa, in the Guatemala highlands. This would be his last fieldwork until 1974 and 1975, his final years at MARI, when he returned to eastern Guatemala to work at several small sites near Asuncion Mita. In 1956 MARI began a program of archaeological research on the Yucatan Peninsula, directed in the field by E. Wyllys Andrews IV.

In the late 1950s Wauchope was asked to serve as general editor of the Handbook of Middle American Indians, a 16-volume work assembled at Tulane and published by the University of Texas Press from 1964 to 1976. Margaret Harrison served as editor of the entire Handbook. As the first permanent anthropologist at Tulane, Wauchope was responsible for hiring the other early anthropologists in what began as a joint sociology/anthropology department and became a separate anthropology faculty in 1967.

One of his first concerns was concluding and publishing the research conducted by the Institute since the 1950s in the northern Maya area. The Institute's publications after 1975 focused on Mesoamerican, and especially Maya, archaeology and epigraphy. An editorial board was formed in 1981. The Institute greatly increased support of anthropology graduate student research in Mesoamerica and elsewhere in Latin America, and the number of graduate students coming to Tulane for Mesoamerican archaeology increased steadily.

New fieldwork was undertaken at the early Maya site of Komchen, Yucatan, in the 1980s, and in the 1990s M.A.R.I. participated in the Copan Acropolis Archaeology Project. Publication of the final Copan project reports are currently underway.

As the current Director of Tulane University's Middle American Research Institute and Associate Professor of Anthropology. His academic interests include household and community dynamics, socio-political organization of the prehispanic Maya, the definition of identity through material culture, and the modern social contexts of archaeology in Mesoamerica.

He has conducted research primarily in Mexico, Belize, and Honduras, where he recently completed field research in the El ParaÌso valley, located near the Classic Maya city of Copan where he is investigating the role and salience of ethnic diversity in the Classic Maya polity. Currently he is co-directing a multi-disciplinary research project in Peten, Guatemala - Proyecto Regional Arqueológico La Corona (PRALC) - that explores the completely unstudied northwestern portion of the Guatemalan Peten where the heart of the lowland Maya civilization was located. This project brings together an international multi-disciplinary team of archaeologists, geologists, and ecologists that range in experience from professional to undergraduate.

As Director of M.A.R.I., Marcello's first priority is managing the Institute's return into the renovated Dinwiddie Hall that it has called home since 1924. He is working to ensure that M.A.R.I. can provide outreach opportunities through its larger modern exhibit gallery as well as its state-of-the-art, enhanced, and amplified storage and curatorial facilities.