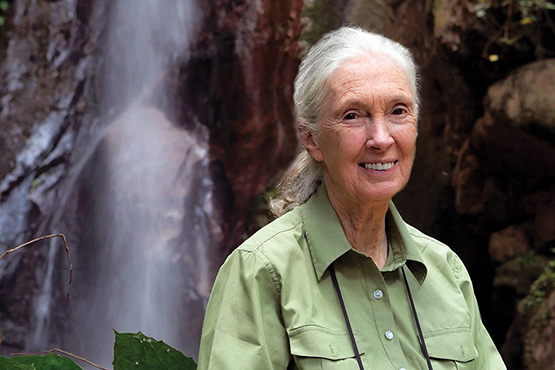 World-renowned ethologist and conservationist Jane Goodall will deliver a sold-out lecture on her life's work tonight Thursday, March 16, at Tulane University. Including a Q & A, Goodall's talk will take place in Dixon Hall followed by a book signing. The lecture will be available for viewing on Tulane's YouTube channel after the event. 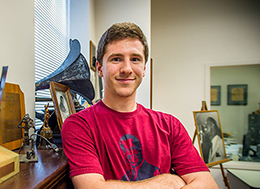 Pre-med Track with a Creative Twist 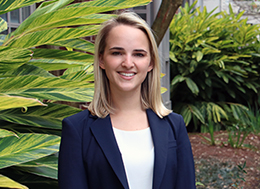 SLA Fast Track to a Career in Law

Tulane University School of Law’s joint degree program is giving Ashton Yarnall the rare opportunity to obtain both her School of Liberal Arts undergraduate degree and her JD in only six years. 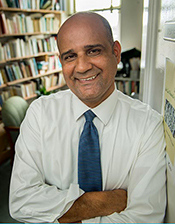 New Orleans as Told by an Arab American Immigrant

Bouchaib Gadir, SLA senior professor of practice in the Department of French and Italian, grew up in the rich culture of Morocco. He moved to New Orleans in 2008, and this year he published a book of poetry about the experience of living in the city of New Orleans from the perspective of an Arab American immigrant.

"The poems are a celebration of the mixture of music and arts in the city of New Orleans" said Gadir, who leads the new Arabic minor at Tulane. "The book indicates my perception of New Orleans as an immigrant and as an outsider."

Linguistics is a major that gives one insight into language, which is one of the most intriguing aspects of human knowledge and behavior and can also open up career opportunities in Speech-Language Pathology.

Like a lot of my friends who studied liberal arts at Tulane, I encountered tons of well-intentioned strangers who assumed, given my double major in English and History, that I was planning to teach after graduating.

An institute based in Washington, D.C. and affiliated with Harvard University, Dumbarton Oaks Research Library and Collection and its community of scholars are at the forefront of scholarship on the art, archaeology, iconography, and cultural history of Pre-Columbian civilizations of the Americas. It is tremendously exciting to have several School of Liberal Arts faculty and graduate students as past, current, and future Dumbarton Oaks fellows and participants in Dumbarton Oaks conferences and publications.

Message from the Dean "Oh, the places you will go and the people you will see"

With apologies to Dr. Seuss, this month’s newsletter truly demonstrates the world that is open to SLA faculty, students, and alumni. In terms of education, careers, or research, the possibilities seem limitless; the globe has become the stage for the creative members of the liberal arts community.

News From the Field Amy Pfrimmer

Bulgaria? How did I end up in Bulgaria? I cannot tell you how frequently that question has been asked. The truth is that music has taken me many places I could never have expected!

In 2015 and 2016, Tulane colleague and orchestra conductor Maxim Samarov was offered professional development activities in Bulgaria, including the opportunity to conduct operas. My repertoire includes leading roles in the operas that Maxim would conduct in Bulgaria. 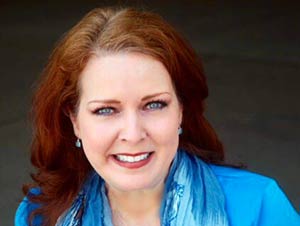 Learning Spanish through the culinary traditions of Latin America

On February 23rd, the Introductory Spanish II class, SPAN 1020, made a trip to the Ideal Market, a Latin American food market located in Mid City, New Orleans. Tulane students who participated in this Department of Spanish and Portuguese course have studied about food and nutrition in recent weeks. A visit to the Ideal Market was an excellent opportunity to give students a practical application for what they have learned in the classroom. 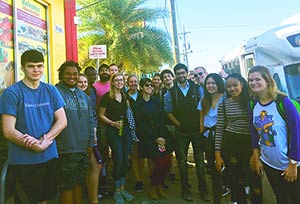 Tulane Emeritus Professor Herman Freudenberger, PhD., passed away on February 10, 2017, in Houston, Texas, at the age of 94. Herman was born on April 14, 1922 in Eberbach, Germany.