Lighting for the People 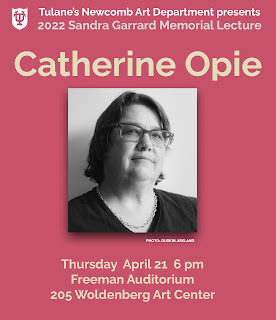 Catherine Opie (b. 1961, Sandusky, OH), is an artist working with photography, film, collage, and ceramics. She was a 2019 Guggenheim Fellow recipient and the Robert Mapplethorpe Resident in Photography at the American Academy in Rome for 2021. Opie’s work has been exhibited extensively throughout the United States and abroad and is held in over 50 major collections throughout the world. Her first monograph, “Catherine Opie”, was recently published by Phaidon. Opie received a B.F.A. from the San Francisco Art Institute, and an M.F.A. from the California Institute of the Arts in 1988, and lives and works in Los Angeles. She holds the Lynda and Stewart Resnick Endowed Chair in Art at UCLA where she is also Chair of the Department of Art. 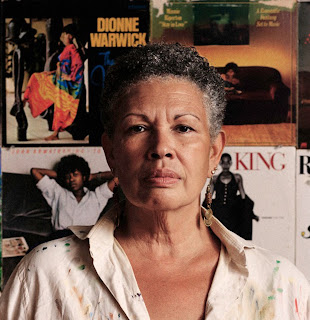 We are deeply saddened to shares news of the death of Margaret Rose Vendryes on March 25. An accomplished and admired art historian, visual artist, and curator, she received her MA in Art History from the Newcomb Art Department in 1992, after having received her BA from Amherst and before going on to receive her PhD at Princeton. In her many creative and scholarly projects we see an astonishing array of approaches to thinking about and producing art. Among these, she published a book on Richmond Barthé (Barthé: A Life in Sculpture, 2008), curated Beyond the Blues at the New Orleans Museum of Art in partnership with the Amistad Research Center in 2010, and produced paintings for her African Diva Project series. She was Professor in the Department of Performing and Fine Arts and Director of the Fine Arts Gallery at York College at the City University of New York (CUNY). She was to become Dean of the School of  the Museum of Fine Arts at Tufts University in June. Our thoughts are with the many who knew and loved her.
Tuesday, March 15, 2022 - 09:21
Post Baccalaureate Visiting Artist in Ceramics 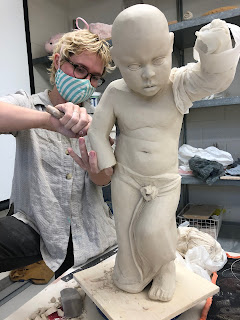 A one-year long position for an emerging artist to develop their ideas and portfolio, and interact with faculty, undergraduate and graduate students in the ceramics area of the Newcomb Art Department at Tulane University. The artist will have full access to the ceramics studio and equipment to undertake their work and may utilize the stock dry clay and glaze materials and firings at no cost. They will be expected to mix their own clay bodies and load and fire their own work. The artist will also receive a stipend of $1000 per semester (total of $2000 per year) for professional development and support, paid at the beginning of each semester. Interested artists will be asked to submit a letter of intent, portfolio of work (a pdf of 10-15 images) and 3 letters of recommendation for professors or professionals who know the artist well.

Applications will be reviewed and selected by ceramics area faculty. Applications and letters of recommendation should be sent to Professor Jeremy Jernegan, sisdjhj@tulane.edu and Professor of Practice William Depauw, wdepauw@tulane.edu. 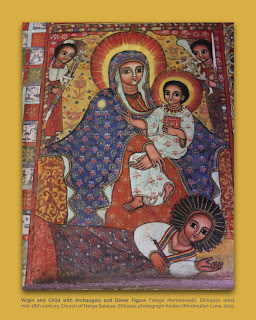 Abstract: The rulers of the Ethiopian Christian kingdom (1270–1974) and its predecessor the ˀAksumite Kingdom (ca. 1st–8th century CE) had long sought luxury goods from across Europe and Asia. Locally-made and imported art, textiles, and religious objects contributed to a cosmopolitan Ethiopian Christian visual culture well-documented in local visual and textual sources. This paper focuses on the early modern era, when a 1557–1632 European Jesuit mission introduced new Catholic art to the kingdom and trade with India grew. Contrary to earlier scholarship that minimized Ethiopian Christian art as “conservative” or “derivative,” Dr. Windmuller-Luna presents a series of case studies to show how Ethiopian artists asserted considerable agency and innovation in their use of non-local models by selectively remixing, adapting, and even rejecting foreign influences while simultaneously using historical imagery to communicate sacred and political messages.