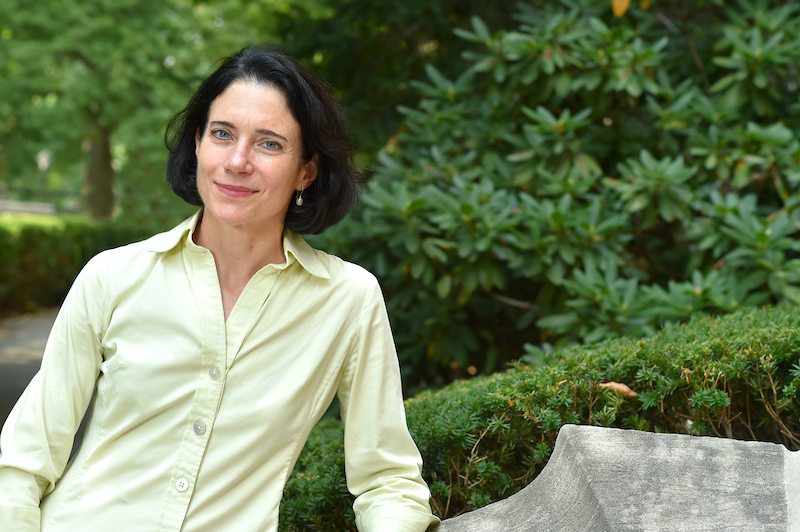 Barbara E. Mundy’s scholarship dwells in zones of contact between Native peoples and settler colonists as they forged new visual cultures in the Americas. She has been particularly interested in the social construction of space and its imaginary, which was the subject of her first book, The Mapping of New Spain. Her most recent book, The Death of Aztec Tenochtitlan, the Life of Mexico City, draws on Indigenous texts and representations to counter a colonialist historiography and to argue for the city’s nature as an Indigenous city through the sixteenth century.

In the coming academic year (2021-22), Mundy will hold the Kislak Chair at the Library of Congress where she will be working on a book project, "The Embodiment of the Word: European Book Culture and New World Manuscripts." Rather than considering Indigenous manuscripts as phenomena separate from European books, the new work situates native bookmakers in the midst of the new technological revolution brought about by the printing press. While Martin Luther’s innovations (and conflagrations) take up most of the oxygen in the history of print in the early sixteenth century, attracting less attention, but equally radical, was the Spanish crown’s use of the new technology to control, via standardization, governance, language, and history. The testing ground of this imperial project was the “Indies,” as their American territories were called, and it is within this context that her protagonists--Indigenous writers, painters and bookmakers-- operated.

With Dana Leibsohn, Mundy is the co-creator of Vistas: Visual Culture in Spanish America, 1520-1820. Digital projects are a fundamental part of her teaching practice. Mundy serves as a Senior Fellow of Pre-Columbian Studies at Dumbarton Oaks, on the editorial boards of Latin American and Latinx Visual Culture and Estudios de cultura náhuatl. She is the incoming president of the American Society for Ethnohistory. Prior to coming to Tulane, she was a Professor of Art History at Fordham University in New York.

“The emergence of alphabetic writing: tlahcuiloh and escribano in sixteenth-century Mexico.” The Americas: A Quarterly Review of Latin American History 77, 3 (July 2020), pp. 361-407.

"Ecology and Leadership: Pantitlan and other Erratic Phenomena.” In The Florentine Codex: An Encyclopedia of the Nahua World in Sixteenth-Century Mexico, Jeanette F. Peterson and Kevin Terraciano, eds. 125-138. Austin: University of Texas Press, 2019.

The Mapping of New Spain: Indigenous Cartography and the Maps of the Relaciones Geográficas. Chicago and London: University of Chicago Press, 1996. Received the 1996 Nebenzahl Prize in the History of Cartography. Paperback edition, 2000.