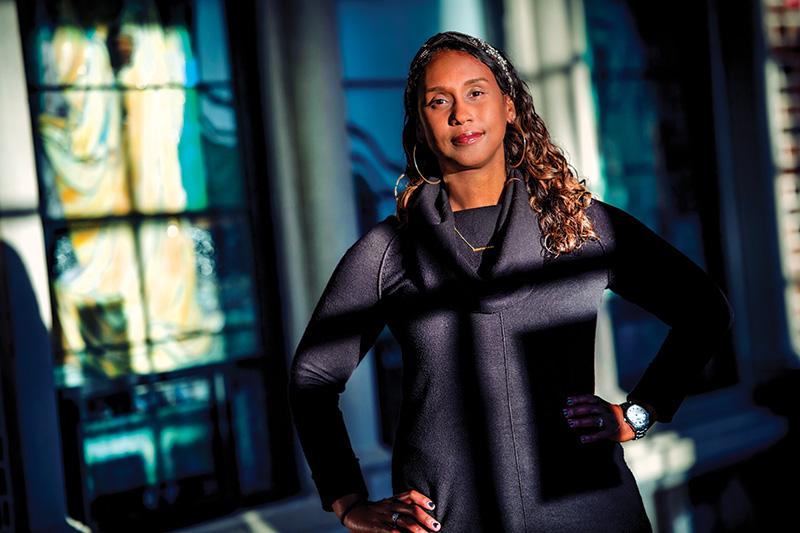 Mia L. Bagneris teaches African diaspora art history and studies of race in Western Art. Concentrating primarily on eighteenth- and nineteenth-century British and American art and visual culture, much of her scholarship explores the representation of race in the Anglo-American world and the place of images in the histories of slavery, colonialism, empire, and the construction of national identities.  Attendant to these concerns, she has focused particularly on depictions of mixed-race or ambiguously raced bodies that trouble, transgress, and potentially disrupt constructed racial orders by exposing their artificial and often arbitrary foundations.

Her 2018 monograph, Colouring the Caribbean: Race and the art of Agostino Brunias, offers the first comprehensive study of the artist’s pictures which were made for British plantocrats and colonial elites and feature Caribbeans of color—so called ‘Red’ and ‘Black’ Carib Indians, dark-skinned Africans and Afro-Creoles, and people of mixed race.  The book explores the role of Brunias’s paintings in reifying inchoate notions of race and how they both reflect and refract ideas about race commonly held by eighteenth-century Britons.

Dr. Bagneris’s current book project, Imagining the Oriental South: The Enslaved Mixed-Race Beauty in British Art and Culture, c. 1865-1900, works to understand Britons’ pronounced and continued fascination with the enslaved, mixed-race beauty in art and literature even and especially after the abolition of slavery in the United States made the potential political suasion of such works obsolete.  As part of this investigation, the project explores marked visual and rhetorical echoes between representations of the so-called “tragic mulatto/quadroon/octoroon” and concurrent expressions of Orientalism in Western visual culture.  Against the upright and respectable image of Victorian England, the South—and especially Catholic Louisiana—could be imagined as a place of luxury, debauchery, and desire, a perfect echo to the Orient within the British popular imagination and one made stronger by the association of both regions with the traffic in pretty women as sex slaves.

With co-author Dr. Anna Arabindan-Kesson, Dr. Bagneris also has a forthcoming volume, Reframing “Black Art”: Case Studies in Nineteenth-Century Visual Culture, which will be published by Routledge in fall 2023. The project was generously supported by an ACLS Collaborative Research Fellowship.

Dr. Bagneris’s research has also been supported by grants and fellowships from a number of other institutions including the Yale Center for British Art, Harvard University’s W.E.B. DuBois Institute (now the Hutchins Center), the New Orleans Center for the Gulf South, the Terra Foundation, the Paul Mellon Centre for Studies in British Art, and the National Endowment for the Humanities.