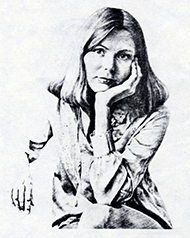 An annual lecture on serious issues in contemporary art, supported by the Sandra Garrard Memorial Fund. Previous speakers are:

Experimentations in Art and Science, Revealing the Oddness of Nature  Mónica Bello, Curator and Head of Arts at CERN | Thursday, March 12, 2020

Blow-Up, Photography, and the Last Days of Truth in Art November 18, 2010
Lecture by Marcia E. Vetrocq, editor of Art in America

Robert Storr: The Art of Sufficiency After a Time of Excess April 15, 2010

Waterfalls and More: a lecture by artist Pat Steir November 2, 2008

On Maritime Space April 14, 2004
Lecture by Allan Sekula, California Institute of the Arts

To Draw a Line: Lecture by Janine Antoni 2001

A lecture by Lari Pittman 2000

What Art Does October 10, 1998
Lecture by David Hickey

Hollywood, Depression, and High Art: the collapse of Avant-Garde models of art and the myth of the artist September 23, 1993
Lecture by Dr. Donald Kuspit

A Survey and the Making of Sculpture November 12, 1992
Lecture by Nancy Graves

A lecture by Eunice Lipton

A lecture by Philip Pearlstein